Home > News
By continuing to use this website, you agree to our use of cookies for visitor analytics. More Info I understand

Barroerock Construction Limited has been fined after repeated asbestos failings. Canterbury Crown Court heard yesterday how the Health and Safety Executive (HSE) carried out two investigations of working practices of the site in 2013 and 2014 while Barroerock were converting into flats a former nine storey office building in Ashford, Kent, which was known to… Read more

Asbestos found after fire at The Bell Inn Bideford

Asbestos debris have been found after a fire at The Bell Inn. A senior firefighter has revealed the cause of a powerful blaze which has left a popular North Devon pub in tatters. Neil Blackburn, area manager of Devon and Somerset Fire and Rescue Service, said an investigation into the cause of the blaze at… Read more

Why is asbestos dangerous?

Asbestos can be found in any building built before the year 2000 (houses, factories, offices, schools, hospitals etc) and causes around 5000 deaths every year. Why is asbestos dangerous? Asbestos still kills around 5000 workers each year, this is  more than the number of people killed on the road. Around 20 tradesman die each week… Read more

We carried out an asbestos audit on a property in Taunton today after asbestos cement removal. the areas have been left very clean and tidy showing the importance of using a good company for your removal works. SPE surveying can provide you with Audits for asbestos work while they are on going or after the… Read more 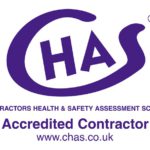 We are pleased to announce that we have passed the Chas registration scheme.